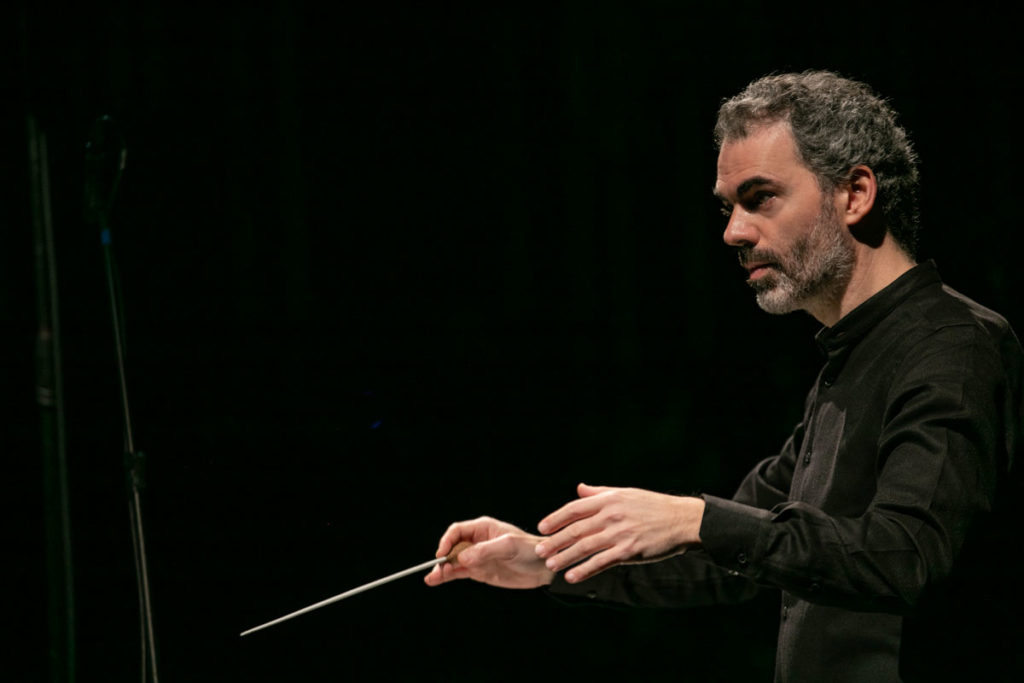 Is nominated as Chief Conductor at Oper Graz & Grazer Philharmoniker. He is Is one of Greece’s most renowned conductors: In 2017 he officially inaugurated Greek National Opera’s new venue in Athens with the company’s first ever production of Elektra by Richard Strauss; the resounding success of his performance led to an immediate reengagement for Lady Macbeth of the Mtsensk District by Shostakovich in May 2019, which was unanimously hailed as an indisputable musical triumph.  As Artistic Director of the Athens State Orchestra from 2011 to 2014, he raised the standard of performance dramatically and performed in virtually every corner of Greece including many remote islands; introduced a wide-ranging social and educational program; and won major national and European design awards for its new image.
From 2005 to 2015 he was Chief Conductor of the Southwest German Philharmonic Orchestra of Constance, again responsible for significant and unanimously recognized improvement in performance: under his artistic leadership, the number of subscribers exceeded the mark of 2.500 for the first time in the orchestra’s history (from a small town population of app. 85.000); the Orchestra acquired new permanent posts, and toured with great success at renowned festivals and concert halls in Switzerland, Italy, Austria, Greece, France, Spain, China, Japan, as well as throughout Germany.   His discography includes the first recording of Concertos by Nikos Skalkottas with the Thessaloniki State Symphony Orchestra which was released on BIS. His CD “Mozart Arias” featuring French Soprano Géraldine Casey and the Southwest German Philharmonic was awarded a golden Orpheus by the Académie internationale du disque lyrique in Paris for the best Mozart recording in 2009.    In 2013, Vassilis Christopoulos was awarded Knight of the Order of Arts and Letters (Chevalier dans l’Ordre des Arts et des Lettres) by the French Republic.