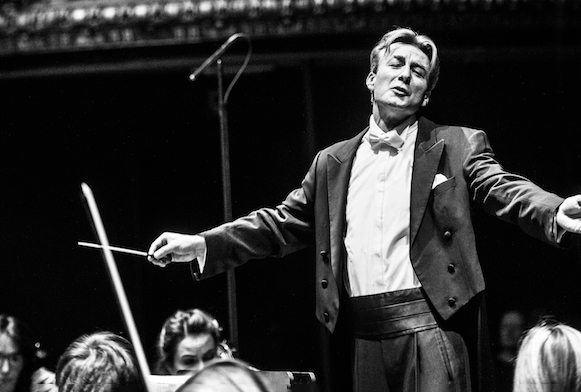 Principal Chief Conductor of the Hiroshima Symphony Orchestra
Christian Arming, born in Vienna and raised in Hamburg started as the youngest ever Music Director, at the age of 24, of the Janacek Philharmonic and was subsequently discovered and mentored by Seji Ozawa and appointed chief conductor of the Lucerne Opera and Symphony Orchestra. From 2011 to 2019 he held the position of the musical director of the Liege Royal Philharmonic Orchestra and the New Japan Philharmonic in Tokyo. In 2018 he was appointed Principal Chief Conductor of the Hiroshima Symphony Orchestra.
Christian Arming’s work has also won many supporters in the operatic world, faithfully working at the Frankfurt and Tokyo Opera. He made his debut at the Salzburg Festival in 1997. With the Prague Radio Symphony Orchestra he presented in 2018 Dvořák’s Spectres Bride. He conducted between Nancy and Hamburg Pelléas et Mélisande, Léonore, Les Mamelles de Tirésias, Gianni Schicchi, Salomé, Eine florentinische Tragödie, Lohengrin  and many other, for instance Die Fledermaus.  Christian Arming has a varied discography including works by Janáček, Schubert, Brahms and Mahler, in June 2018 his first recording for Deutsche Grammophon was launched.